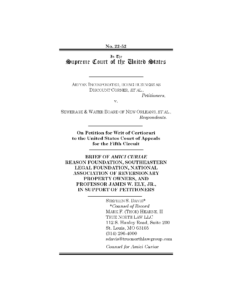 True North’s amicus brief asks the Court to take up and overturn the decision of the Fifth Circuit, which wrongly held the government doesn’t need to compensate landowners unless and until the legislature appropriates the compensation.