Michigan voters filed a lawsuit asking the Michigan Court of Claims to prevent this violation of Michigan voters’ right to equal protection and the right to a fair and honest election.  The voters ask the court to order local Michigan election officials in Wayne County, Flint, Ann Arbor, Lansing, East Lansing, Kalamazoo, Muskegon, and Saginaw to return the millions they were paid by an outside organization to direct the conduct of Michigan’s general election or to pay the money to Secretary of State Benson and order Secretary of State Benson to distribute the money equally among all Michigan election officials. 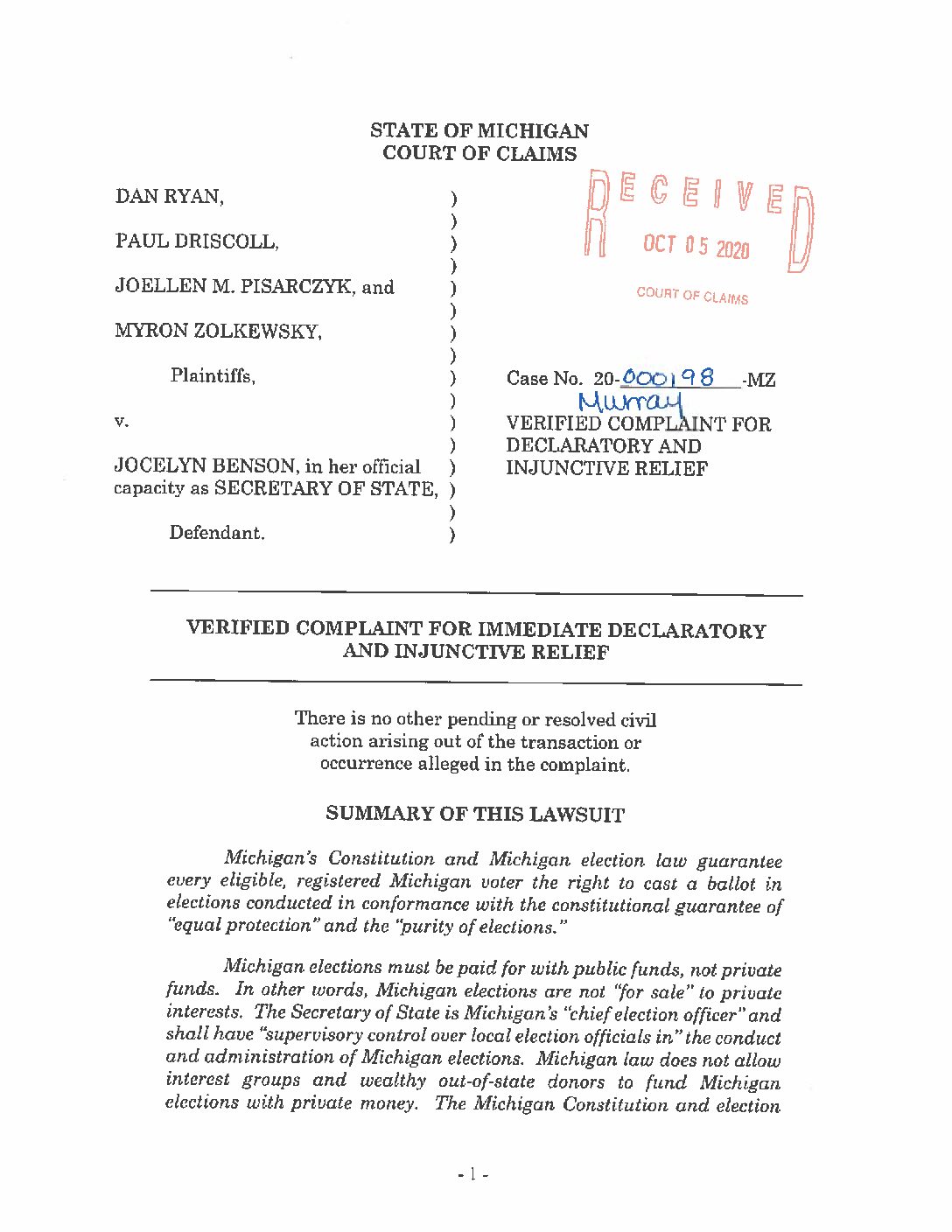 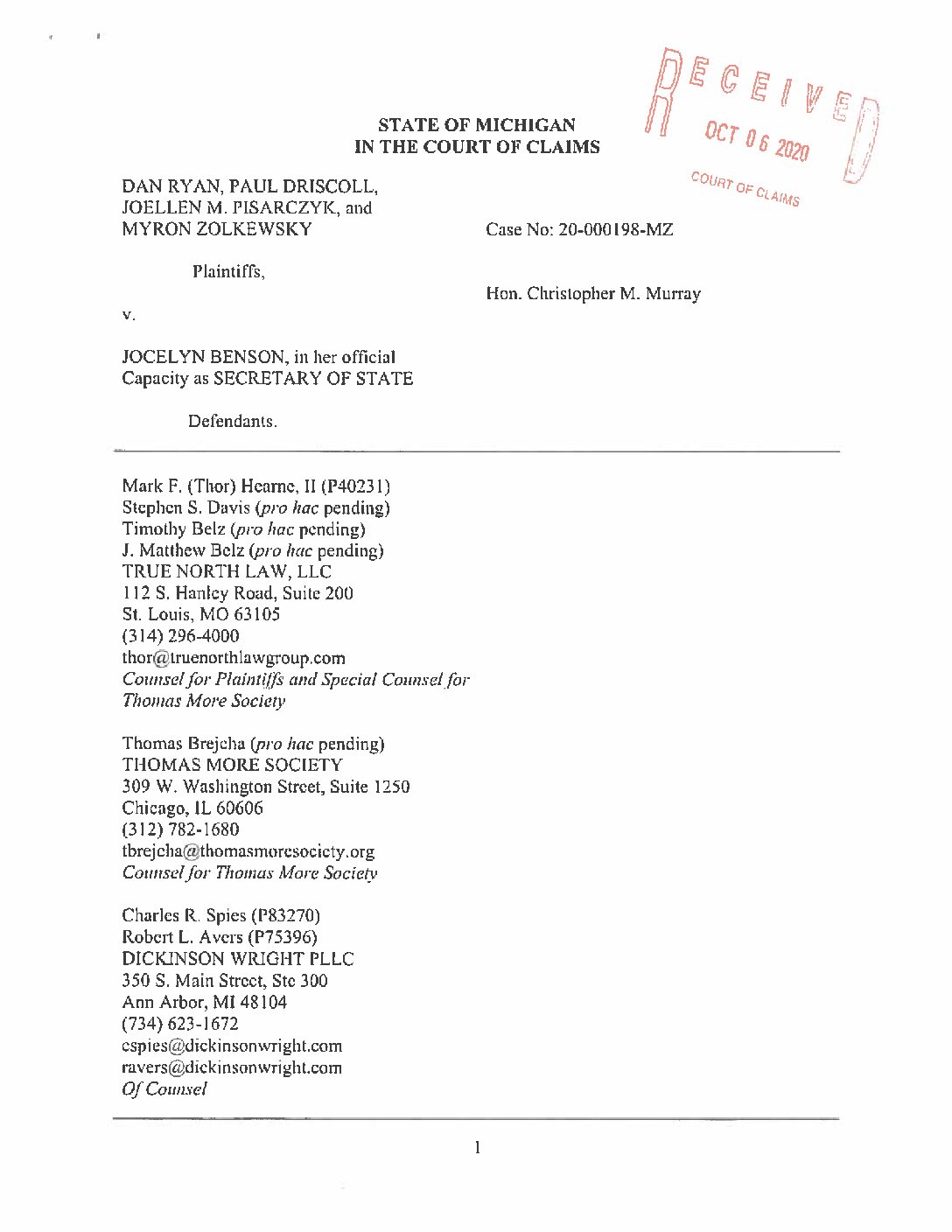 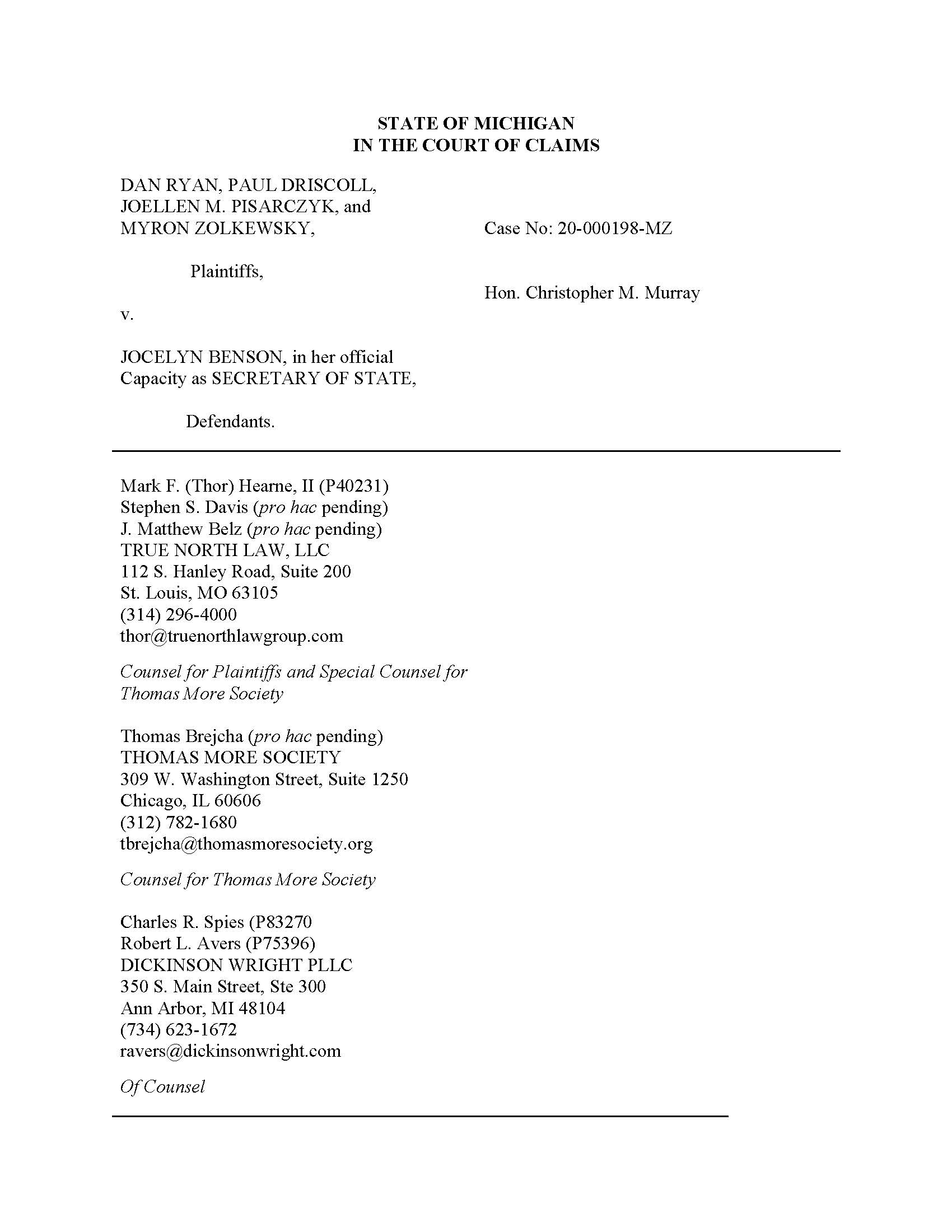 Plaintiffs’ Reply in Support of Their Motion for Declaratory Judgment 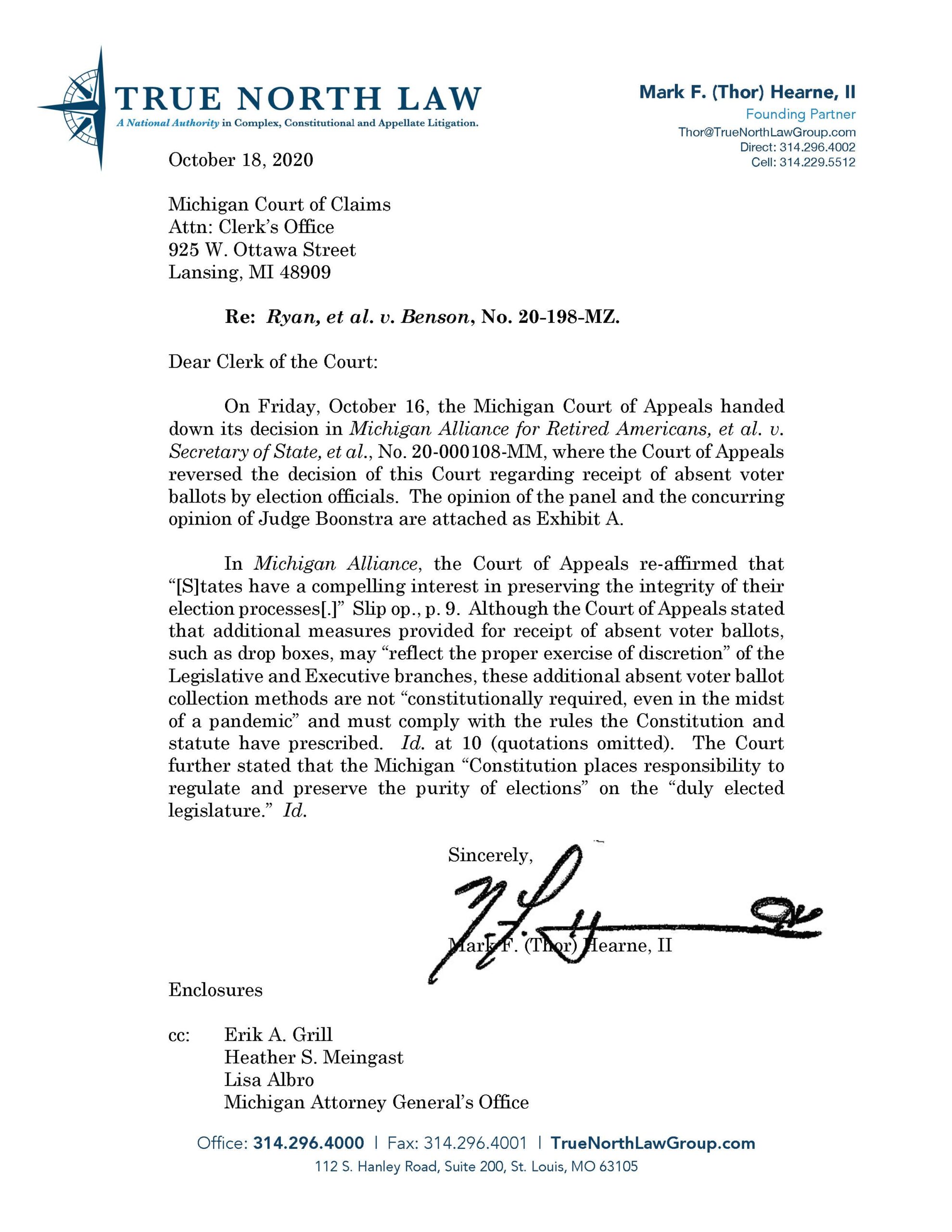 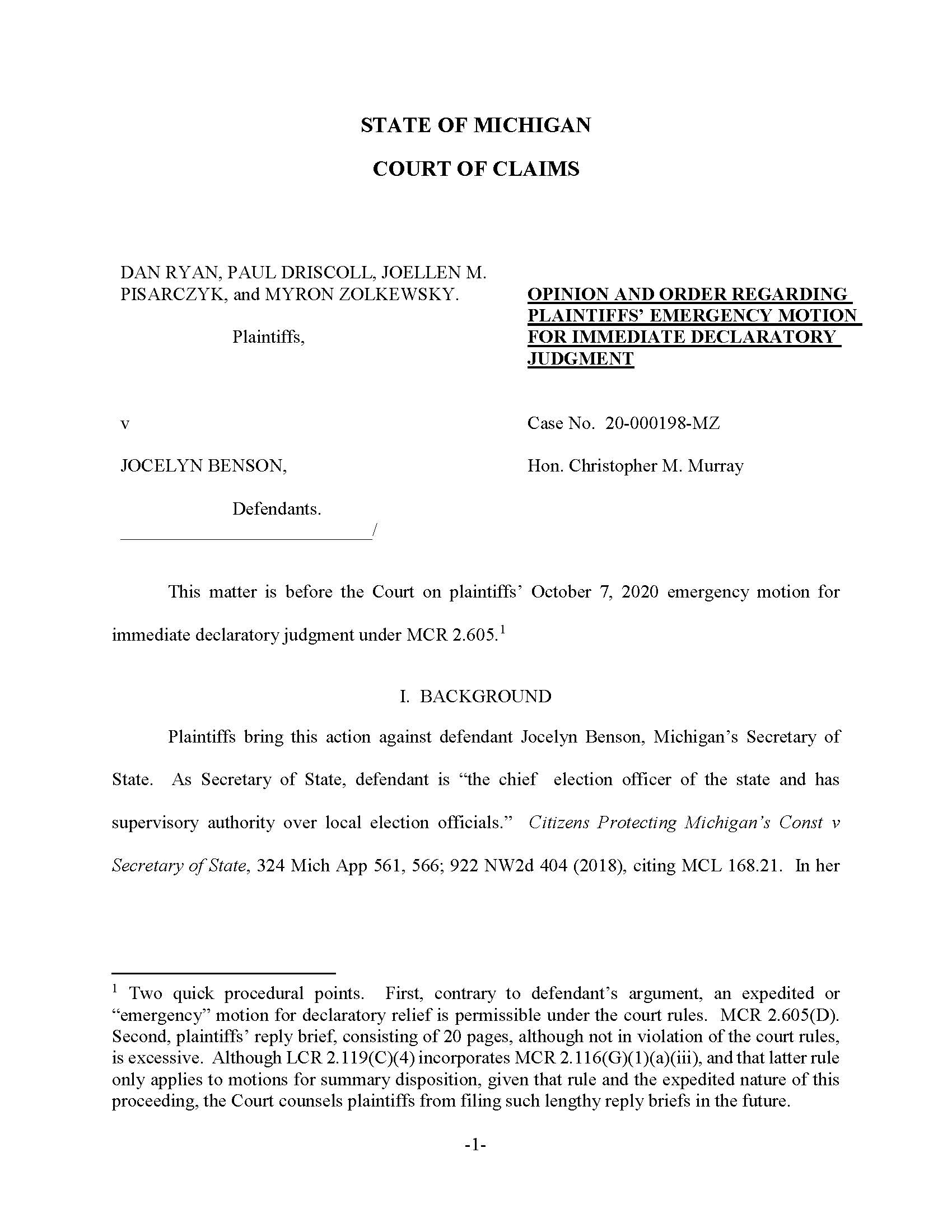 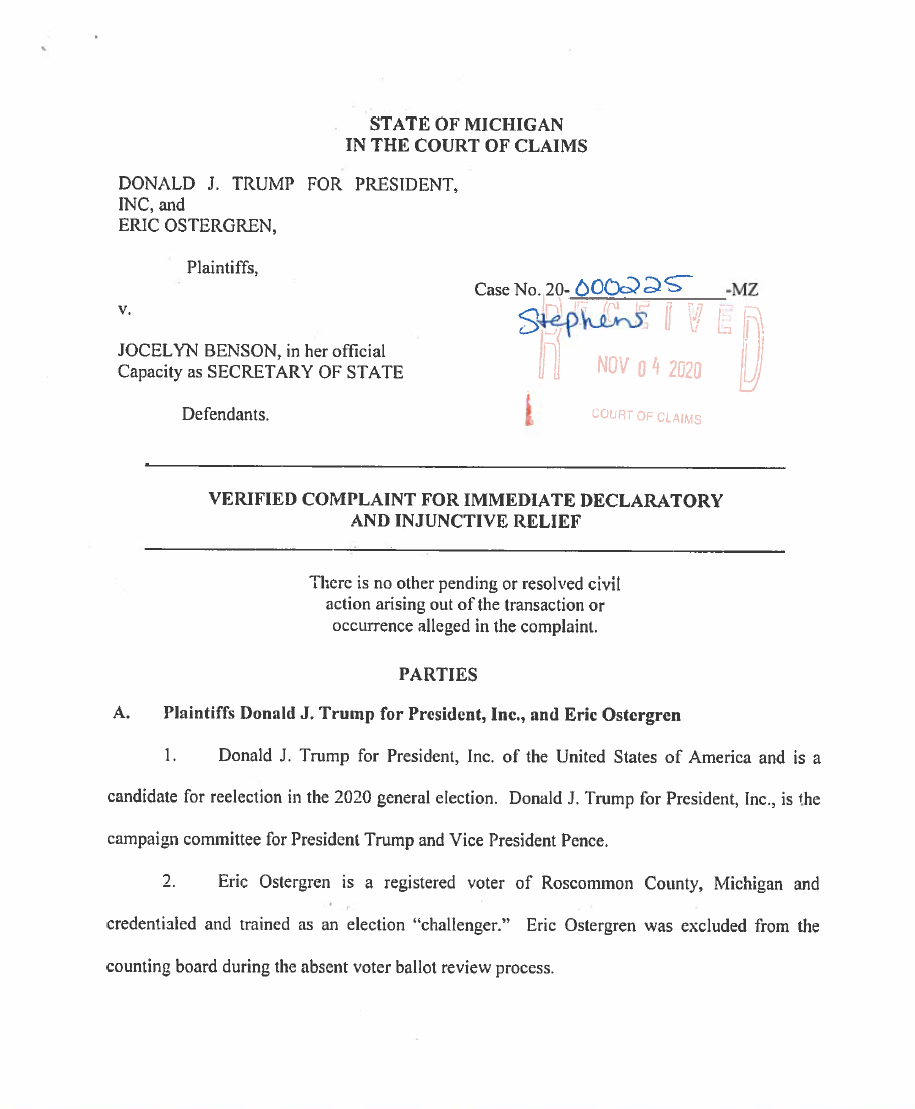