In a case called Castillo et. al. v. United States we’ve won a landmark decision in the United States Court of Appeals for the Federal Circuit.  In this case the owner’s homes were on opposite sides of an abandoned railroad easement.  Most were described as lots by reference to a plat or by a deed that said “less” or “except” the right-of-way.

Because of these descriptions in the owner’s land title, the Justice Department argued the owners were not entitled to compensation because (the government argued) they didn’t really own the land because the lots they bought were described by reference to a plat or the deed described the property boundary as the edge of the abandoned railroad right of way.  Some owner’s deeds described the property the owner acquired as “less than” or “except” the adjoining railroad right-of-way.  But it has long been understood that under an established doctrine of property law the owner acquires title to the land (what is called the fee estate) to the center of the adjoining road or railroad.  This is called the “centerline presumption” and it goes back hundreds of years. 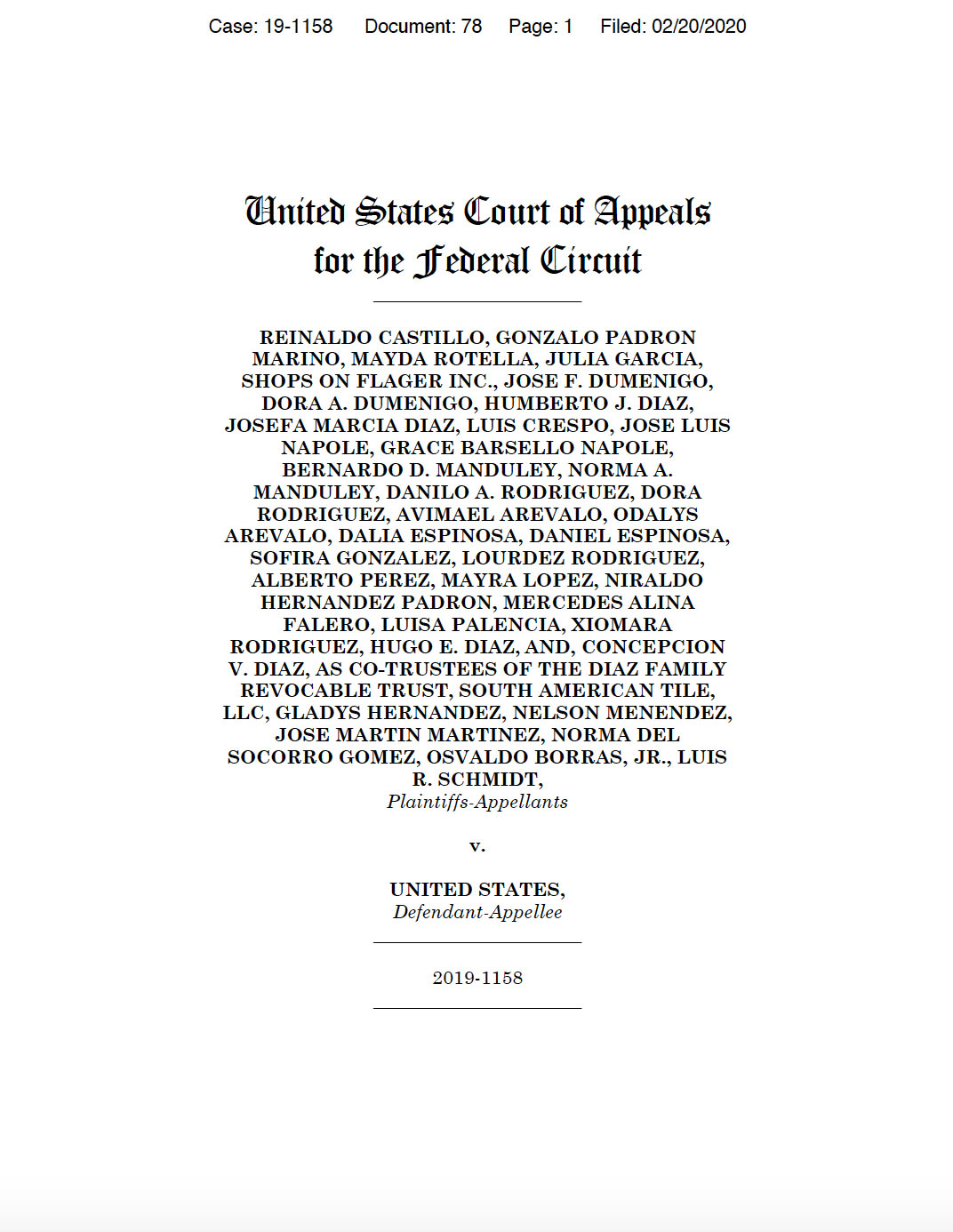 Nonetheless, Judge Horn of the Court of Federal Claims, accepted the government’s argument and, on that basis, denied these owners compensation.  We appealed on behalf of the landowner and prevailed.  We have attached  the Court of Appeals decision by Judge Taranto below.

The Federal Circuit’s decision is of national importance.  This case arose under Florida law.  But, as the Court noted, the centerline presumption and the principle that an owner adjoining a road or railroad easement actually owns the land under the easement is recognized by the United States Supreme Court and by almost every state.  And, as the Supreme Court has also held, when the railroad no longer operates across the right-of-way easement, the owner of the land holds unencumbered title and the exclusive right to use and occupy the land. 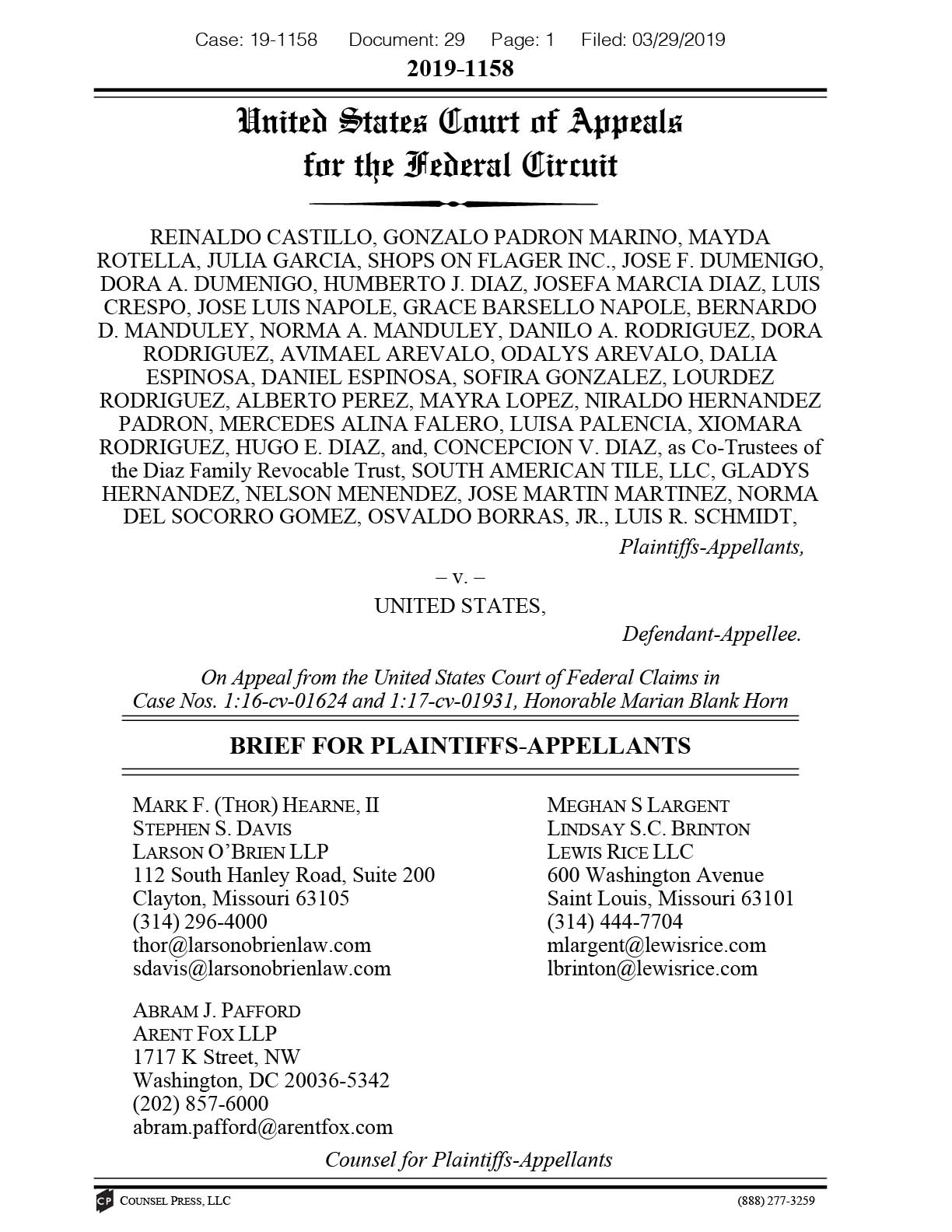 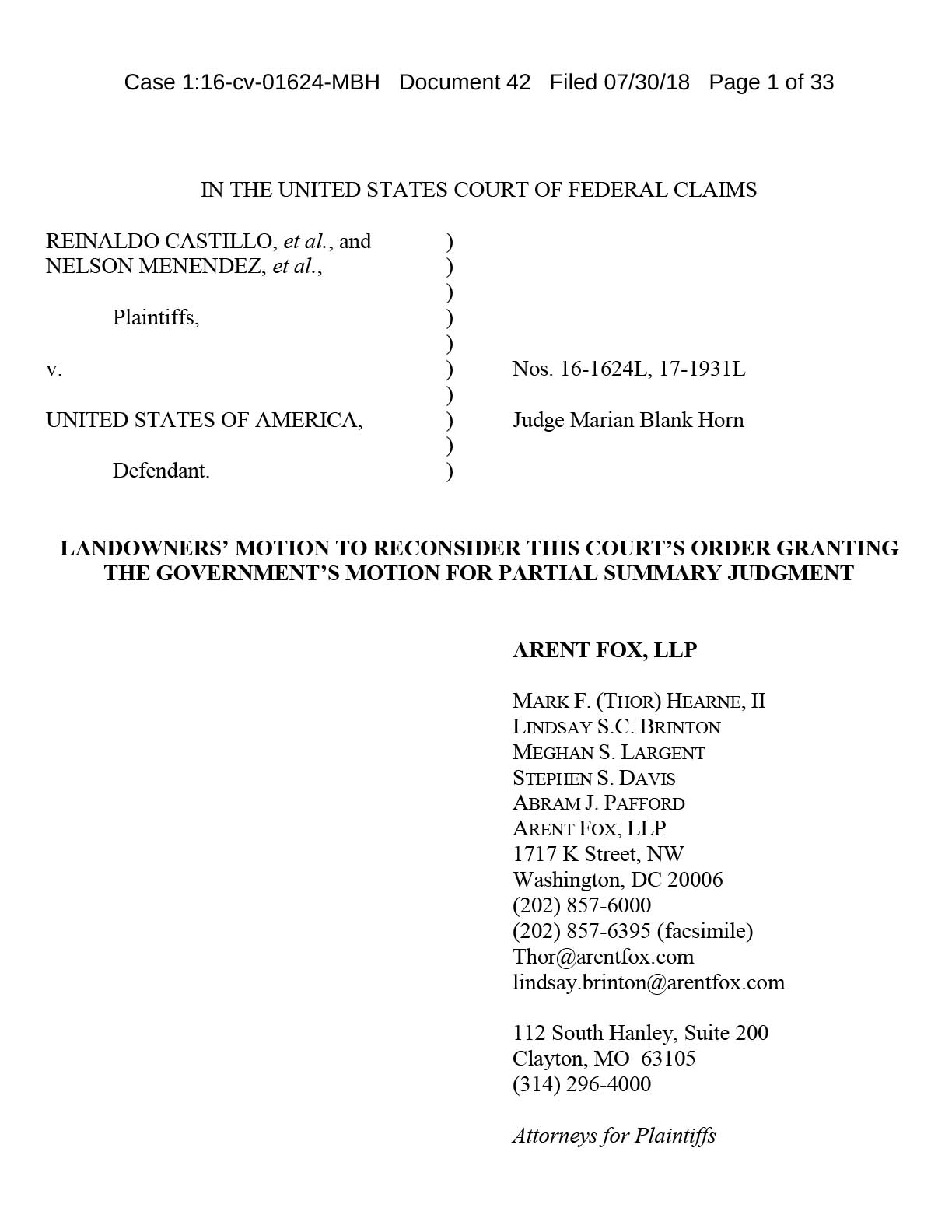 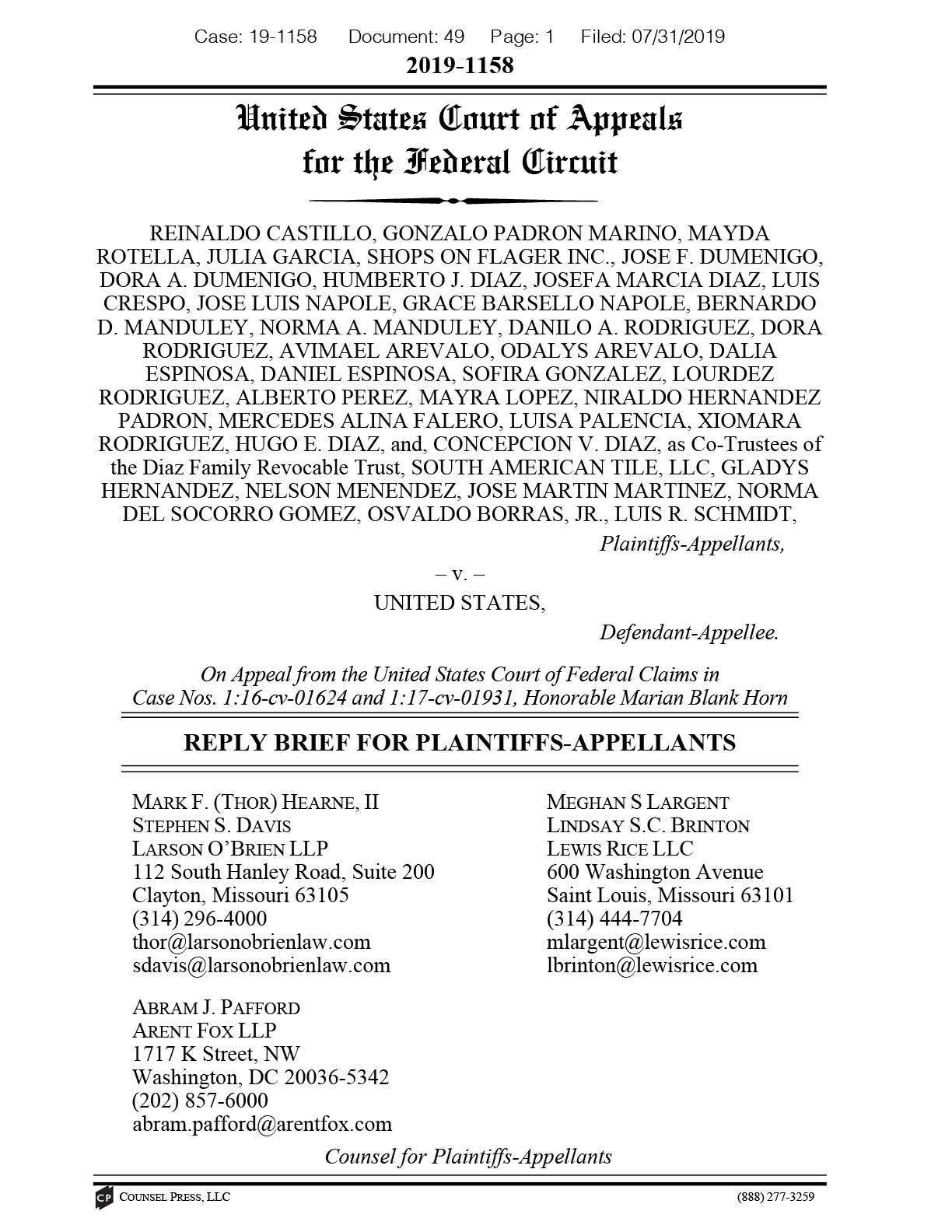 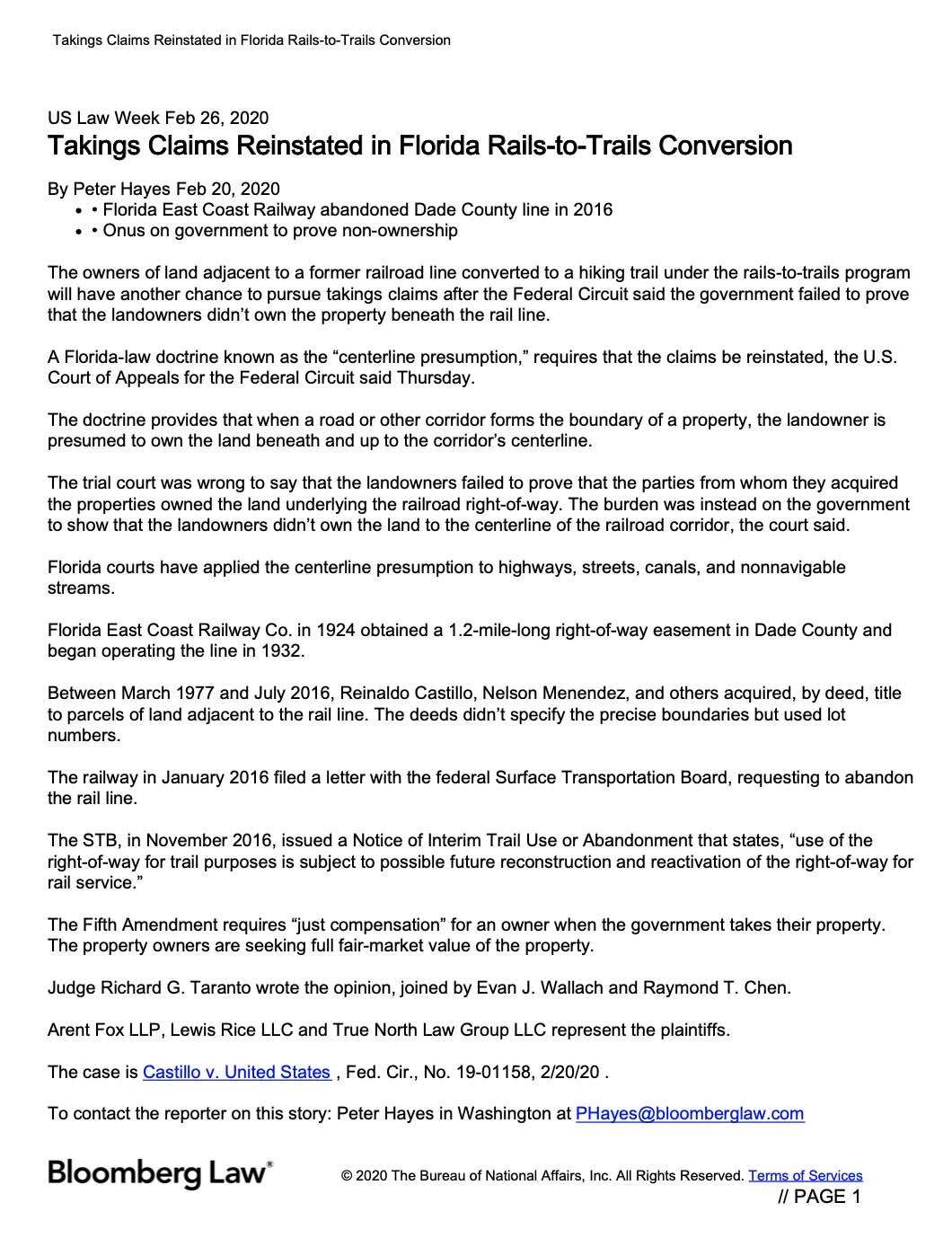 Bloomberg Law article on the Court of Appeals decision