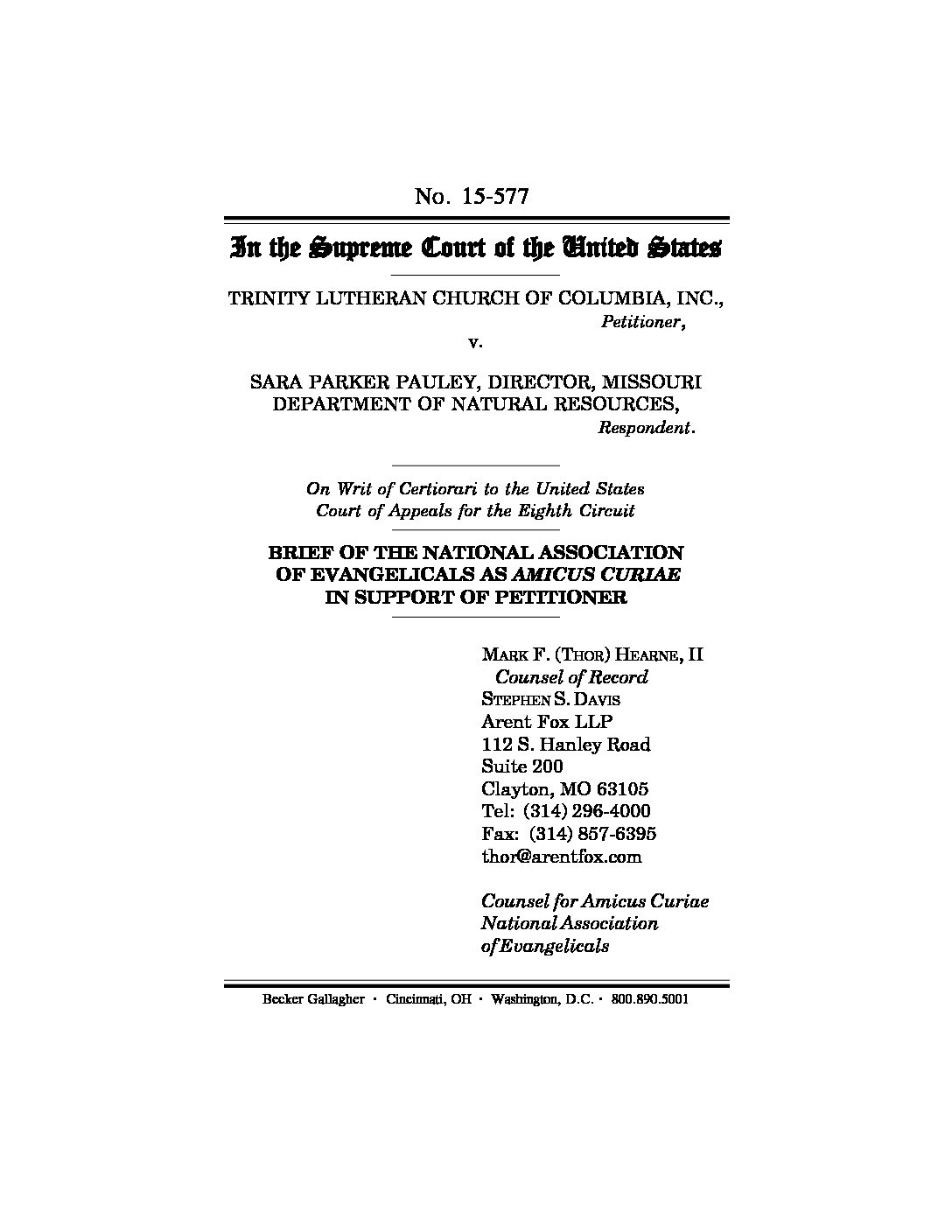 We served as counsel in the U.S. Court of Appeals for the Eighth Circuit and in the U.S. Supreme Court for the National Association of Evangelicals as an amicus party in this First Amendment religious freedom case.  The case challenged the Missouri state constitution’s “Blaine Amendment,” which prohibits state aid to any religiously affiliated entity.  After a split decision in the Eighth Circuit, the Supreme Court granted certiorari.

This was the most closely-watched religious liberties case the Supreme Court has heard in the past decade.  The Supreme Court ruled in favor of the challengers’ position, holding, “the exclusion of Trinity Lutheran from a public benefit for which it is otherwise qualified, solely because it is a church, is odious to our Constitution all the same, and cannot stand.”