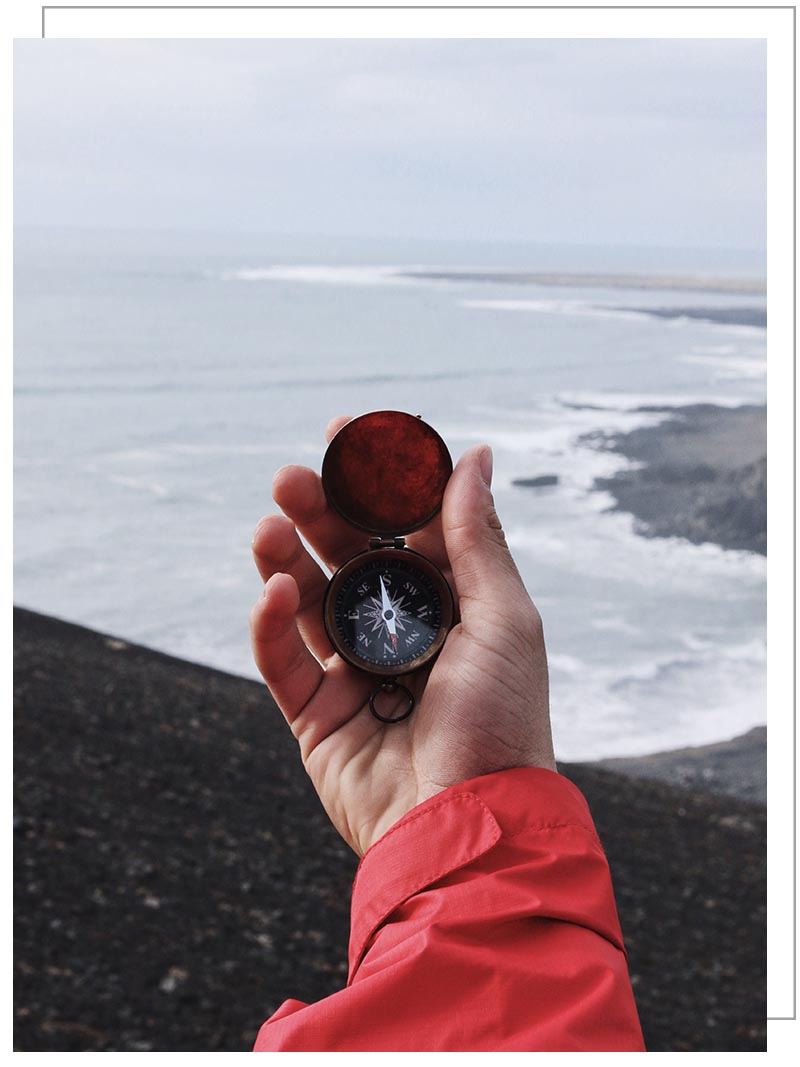 We have spent the last 30 years ardently fighting for the rights of our clients in a variety of constitutional and appellate law cases, including pioneering rails-to-trails compensation law and winning more cases behalf of landowners than any other firm.

Your constitutional rights should never be infringed – particularly by the government – and we have devoted our practice to protecting and defending citizens through dedicated trial advocacy.

As the Supreme Court ruled more than one hundred years ago, the purpose of the Fifth Amendment is to protect a landowner’s right to his or her private property.  The Fifth Amendment provides that, if the government (state or federal) takes an owner’s private property, the government must make the owner whole.  See, e.g., Seaboard Air Line Railway v. United States, 261 U.S. 299, 304 (1923) (“The compensation to which the owner is entitled is the full and perfect equivalent of the property taken.  It rests on equitable principles and it means substantially that the owner shall be put in as good position pecuniarily as he would have been if his property had not been taken.”) (citation omitted).

In enacting the federal Trails Act, Congress wanted to preserve otherwise-abandoned railroad corridors by delaying the railroad’s authority to abandon the corridor to allow the railroad to possibly sell the right-of-way to a non-railroad for a public recreational trail.  See National Wildlife Federation v. I.C.C., 850 F.2d 694, 697 (DC Cir. 1988).  But this didn’t work.  The Supreme Court observed that “by 1983, Congress recognized that these measures [the public use provision delaying disposition] ‘ha[d] not been successful in establishing a process through which railroad rights-of-way which are not immediately necessary for active service can be utilized for trail purposes.’”  Preseault v. I.C.C., 494 U.S. 1, 6 (1990).  Delaying abandonment for a limited period of time didn’t succeed because, under state law, the railroad had nothing to sell.

The Supreme Court explained, “many railroads do not own their rights-of-way outright but rather hold them under easements [and] … the property reverts to the abutting landowner upon abandonment of rail operations.”  Preseault, 494 U.S. at 7.  Congress adopted section 8(d) of the Trails Act to fix this problem by pre-empting state law and allowing a railroad to sell the otherwise abandoned right-of-way to a non-railroad trail-user notwithstanding the fee owner’s state law reversionary interests.

The Supreme Court explained that section 8(d) of the Trails Act, which is invoked by the Board when the Board’s issues an order called a “Notice of Trail Use or Abandonment” (NITU), “pre-empt[s] the operation and effect of certain state laws that ‘conflict with or interfere with federal authority over the same activity.’”  Preseault, 494 U.S. at 21 (O’Connor, J., concurring).  State courts “cannot enforce or give effect to asserted reversionary interests….”  Id. at 22.  When the Surface Transportation Board (the Board) invokes section 8(d), it denies an owner his reversionary right to possess his land and perpetually forestalls termination of the railroad easement.  See National Wildlife, 850 F.2d at 705; Citizens Against Rails-to-Trails v. Surface Transportation Board, 267 F.3d 1144, 1149 (DC Cir. 2001).

If the railroad and trail-sponsor agree, the railroad transfers the right-of-way to the trail-sponsor.  The agreement between the railroad and trail-sponsor is a private agreement not filed with the Board, and affected landowners are never told of the agreement between the railroad and trail-user.   As a further consequence of invoking section 8(d), the Board retains jurisdiction of the corridor, perpetually pre-empting state law, and may authorize any railroad (not just the original railroad) to build a new railroad line across the owner’s land.  The Board can indefinitely extend the period for the railroad to reach a trail-use agreement.  See Birt v. Surface Transportation Board, 90 F.3d 580, 589 (DC Cir. 1996).  See also Rail Abandonments – Supplemental Trails Act Procedures, 4 I.C.C.2d 152 (1987).  The Board will also freely issue “replacement NITUs,” substituting new and different trail-sponsors even after the trail-use negotiating period has expired.  See Barclay v. United States, 443 F.3d 1368, 1376 (Fed. Cir. 2006) (despite expiration of the original NITU, replacement NITU precluded consummation of abandonment and reversion of landowners’ interest).

Once a trail-use agreement between the railroad and the trail-sponsor is executed, which may take months or years, the trail-sponsor may proceed to construct a recreational rail-trail.  The duration between when the government originally invokes section 8(d) and when trail-use is established or negotiations with trail-sponsors end without any agreement frequently lasts a decade or longer – far longer than the six-year statute of limitations for a landowner to bring a claim for compensation.  See, e.g., Wisconsin Cent. Ltd., No. AB-303 (Sub-No. 18X) (Surface Trans. Bd. July 28, 2009) (NITU issued March 1998 and extended until January 2010).  Thus, because construction of a recreational trail may not begin until six years after an owner’s land has been taken, an owner may be unaware that his land has been taken until the landowner is no longer eligible to file a claim for compensation.

For more information on the Trails Act, see the following law review articles by Thor Hearne:

How to be paid for a Trails Act taking of your private property.

Federal law requires that all claims for compensation against the federal government over $10,000 must be filed in the United States Court of Federal Claims, which sits in Washington, DC.  Unlike in other eminent domain cases, landowners whose property is taken under the Trails Act must affirmatively file a claim for compensation in this court.  It is critical that your attorney not only be specially admitted to practice in this court, but have the best and most in-depth trial experience in this court.

Who is the best lawyer to represent you in making your claim for compensation for a Trails Act taking of your property.

Your selection of an attorney is extremely important.  You have only one opportunity to be compensated and you will want to select the attorney with the most experience and ability to represent you.

If the government has taken your property for a public rail-trail corridor, you may receive solicitations from many attorneys asking you to engage them to represent you.  Be careful!  You should not select an attorney based upon advertisements, and you should choose the most qualified and experienced attorney.

Here are some points to consider:

In the more than thirty years Thor has practiced law, Thor has gained extensive experience as lead counsel in complex federal litigation before both trial and appellate courts.  Thor has argued appeals before the United States Supreme Court, the Fourth, Sixth, Eighth, Eleventh, and Federal Circuits, and before the Florida, Missouri, Michigan, and Kansas state supreme courts.  No other attorney in Trails Act cases can claim this level of trial and appellate experience.

Thor is one of only 51 attorneys who are members of Owners’ Counsel of America, an invitation-only association of the top attorney in each state who exclusively represents landowners in eminent domain cases.  I am the only Owners’ Counsel of America attorney who brings and litigates Trails Act taking cases.  See their website at www.ownerscounsel.com.  Thor was named one of the nation’s “Top Fifty Litigation Trailblazers and Pioneers” by the National Law Journal and was also featured in the National Law Journal as a pre-eminent national trial and appellate attorney for his work in property rights litigation.

Before signing any agreement for any attorney to represent you and your property rights, it is important to ask these questions and make sure you are represented by the most experienced and most qualified attorney.

“Hire only qualified and experienced counsel.”

“Only a very few attorneys nationwide possess the qualifications and experience necessary to represent you in rails-to-trails taking cases.  OCA attorney Thor Hearne personally pioneered this area of law, and has successfully brought and won these claims for over twenty years.  Rails-to-trails taking claims fall within a very specialized area of eminent domain and constitutional law and are usually filed in a special federal court in Washington, DC – the United States Court of Federal Claims – which requires lawyers to join its own Bar Association.”

“At True North Law, we hold ourselves to rigorous standards. We want to ensure our reputation of offering the highest-caliber legal representation and trial advocacy is earned.”

“True North Law believes that your constitutional rights should never be infringed, and we have devoted our practice to protecting the property and assets of our clients.”

Let Our Experience Speak for Itself

END_OF_DOCUMENT_TOKEN_TO_BE_REPLACED

To assure this constitutional guarantee of equal protection and purity of elections, Michigan law provides that poll “challengers” can monitor election officials’ conduct of elections and assure that the election is conducted in accord with Michigan’s Constitution and...

END_OF_DOCUMENT_TOKEN_TO_BE_REPLACED

Michigan elections are not for sale.  Out-of-state private interest groups funded by billionaire Mark Zuckerberg and others have paid millions of dollars to Michigan election officials in exclusively Democrat precincts and dictated how those jurisdictions will conduct...

END_OF_DOCUMENT_TOKEN_TO_BE_REPLACED 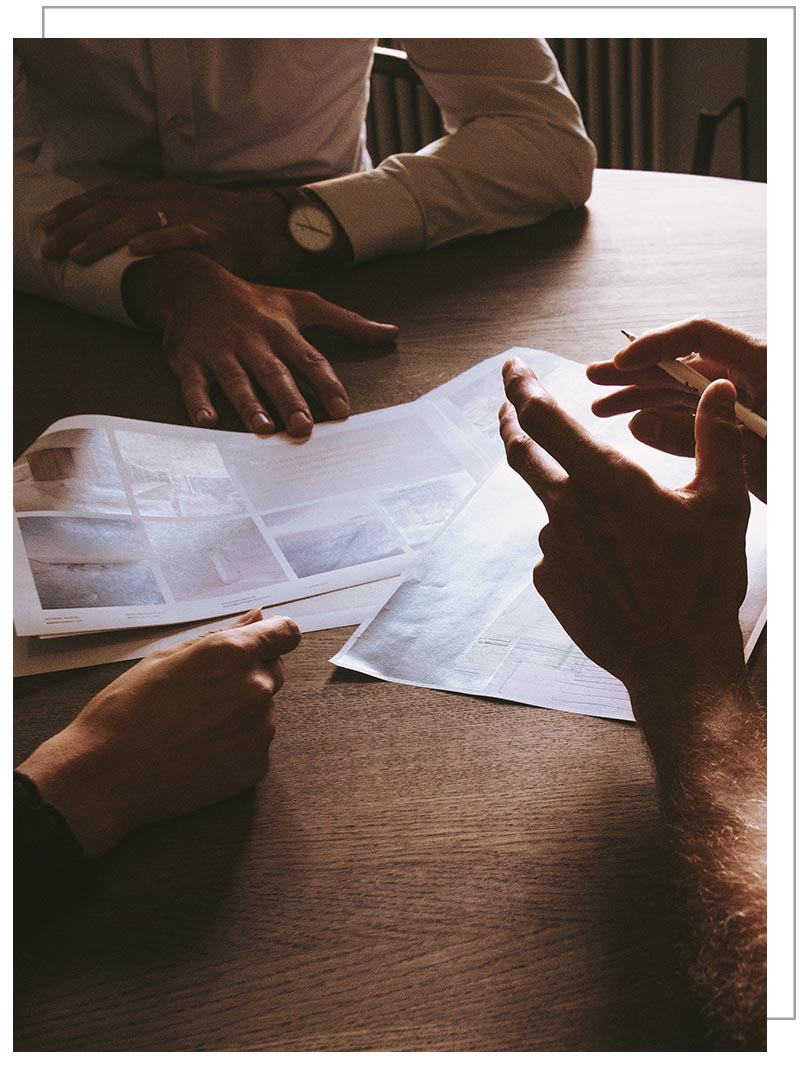 Dedicated to Fighting For Your Rights

True North Law Group has a reputation of success, and we want to ensure every client feels it was earned. Our attorneys are considered to be among the best in their respective practice areas for a reason. These include: